In an effort to share the progress and results of the work performed within the one6G Association with the extended one6G community, one6G launches a series of open lectures. The 2-hour online lectures will be open to anyone interested in the world’s journey toward 6G.

Attendance is free but registration is mandatory. Please fulfil the registration form clicking on the button below.

14:05   “The road from 5G to 6G: Challenges ahead and potential approaches from the perspective of the 6G Research and Innovation Cluster (6G-RIC)” 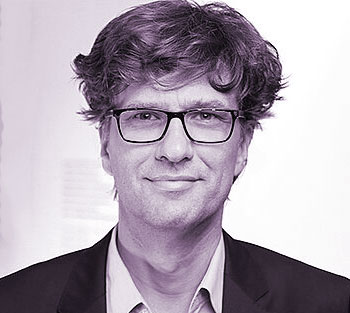 Head of Wireless Communications and Networks Department at Fraunhofer

Slawomir Stanczak studied electrical engineering with specialization in control theory at the Wroclaw University of Technology and at the Technical University of Berlin (TU Berlin). He received the Dipl.-Ing. degree in 1998 and the Dr.-Ing. degree (summa cum laude) in electrical engineering in 2003, both from TU Berlin; the Habilitation degree (venialegendi) followed in 2006. Since 2015, he has been a Full Professor for network information theory with TU Berlin and the head of the Wireless Communications and Networks department. Prof. Stanczak has been involved in research and development activities in wireless communications since 1997. In 2004 and 2007, he was a Visiting Professor with RWTH Aachen University and in 2008, he was a Visiting Scientist with Stanford University, Stanford, CA, USA. He is a co-author of two books and more than 200 peer-reviewed journal articles and conference papers in the area of information theory, wireless communications, signal processing and machine learning. Prof. Stanczak received research fellowships from the German Research Foundation and the Best Paper Award from the German Communication Engineering Society in 2014. He was a Co-chair of the 14th International Workshop on Signal Processing Advances in Wireless Communications (SPAWC 2013). Between 2009 and 2011, he was an Associate Editor of the European Transactions for Telecommunications (information theory) and an Associate Editor of the IEEE Transactions on Signal Processing between 2012 and 2015. Since February 2018 Prof. Stanczak has been the chairman of the ITU-T focus group on machine learning for future networks including 5G. 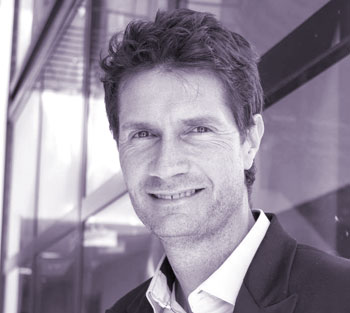 Director of EURECOM and Professor at the EURECOM Mobile Communications Laboratory

Prof. David Gesbert (Fellow, IEEE) is currently serving as Director of EURECOM, Sophia Antipolis, France (www.eurecom.fr). He received the Ph.D. degree from TelecomParis, France, in 1997. From 1997 to 1999, he was with the Information Systems Laboratory, Stanford University. He was the Founding Engineer of Iospan Wireless Inc., a Stanford spin off pioneering MIMO-OFDM (currently Intel). Before joining EURECOM in 2004, he was with the Department of Informatics, University of Oslo, as an Adjunct Professor. He has published about 350 articles and 25 patents, 7 of them winning IEEE Best paper awards. He has been the Technical Program Co-Chair for ICC2017 and has been named a Thomson-Reuters Highly Cited Researchers in computer science. He is a Board Member for the OpenAirInterface (OAI) Software Alliance. In 2015, he has been awarded an ERC Advanced Grant. In 2020, he was awarded funding by the French Interdisciplinary Institute on Artificial Intelligence for a Chair in the area of AI for the future IoT. In 2021, he received the Grand Prix in Research from IMT-French Academy of Sciences.

Professor at Technical University of Munich

Wolfgang Utschick (Fellow, IEEE) completed several years of training in industry and gained professional experience as a qualified skilled worker before continuing his education and pursuing an academic career, eventually earning a diploma and a doctoral degree in electrical engineering (both with distinction) with a dissertation on machine learning at the Technische Universität München (TUM), Germany, in 1993 and 1998, respectively. Since 2002, he has been a Professor with TUM, where he is chairing a Signal Processing Group and serves as a core member of the newly founded Munich Institute of Data Science. He teaches courses on signal processing, stochastic processes, optimization theory, and machine learning in the field of wireless communications and various application areas of signal processing. A regular visiting professor at the University of Singapore, Singapore Institute of Technology, he has been teaching undergraduate courses for more than ten years. Since 2017, he has been the Dean of the Department of Electrical and Computer Engineering, TUM. In this role, he is also a member of the Board of Deans for the future TUM School of Computation, Information and Technology since 2021. He holds several patents (more than 20) in the field of Multiantenna Signal Processing and has authored and coauthored a large number of technical articles in international journals (more than 80) and conference proceedings (more than 400). He has edited several books and is the Founder and the Editor of the Springer book series Foundations in Signal Processing, Communications and Networking (17 monographs). He has been a Principal Investigator in multiple research projects funded by the German Research Fund (DFG) and coordinated a nationwide German DFG priority program on Communications Over Interference Limited Networks. In the context of many research and development projects, he has contributed significantly to the transfer of knowledge between academia and industry. He is a Member of the VDE, and therein a Member of the Expert Group 5.1 for Information and System Theory of the German Information Technology Society. He is currently chairing the German Signal Processing Section and was an Associate Editor for the IEEE Transactions on Signal Processing and was a Member of the IEEE Signal Processing Society Technical Committee on Signal Processing for Communications and Networking. He is a recipient of a couple of best paper awards at conferences as SPAWC, Globecom, European Wireless, Workshop on Smart Antennas and the German Information Technology Society.

15:20   “Artificial Intelligence for the control and orchestration of mobile networks” 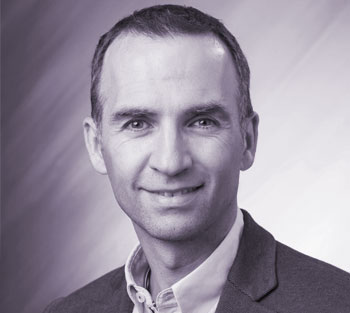 Professor at the Univeristy Carlos III of Madrid, Deputy director of the IMDEA Networks research institute

Dr. Albert Banchs received his Telecommunications Engineering degree from UPC BarcelonaTech, Spain, in 1997, and the PhD degree from the same university in 2002. He was a visitor researcher at ICSI, Berkeley, CA, in 1997, worked for Telefonica I+D, Spain, in 1998, and for the Network Laboratories of NEC Europe Ltd., Germany, from 1998 to 2003. Since 2003, he is with Univeristy Carlos III of Madrid. Since 2009, he also has a double affiliation as Deputy director of the IMDEA Networks research institute (he was acting director from 2009 to 2012). He was Academic Guest at ETHZ in 2012, a Visiting Professor at EPFL in 2013, 2015 and 2018, and a Fulbright scholar at University of Texas at Austin in 2019. Dr. Banchs authors more than 100 conference and journal papers, including publications at top conferences such as IEEE INFOCOM, ACM MOBICOM, ACM CoNEXT, ACM IMC, WWW and IEEE ICNP, and at top journals such as IEEE/ACM ToN, IEEE JSAC, IEEE TMC, IEEE TWC and IEEE TVT (see his google scholar profile). Prof. Banchs is editor for IEEE/ACM Transactions on Networking, and has been editor for IEEE Transactions on Wireless Communications (2014-2019), the Green Networking and Communication Series of IEEE JSAC (2015-2016), Computer Communications (2010-2014) and IEEE Communications Letters (2005-2012). He has served in many TPCs (including IEEE INFOCOM, IEEE GLOBECOM, IEEE ICC, IEEE WoWMoM, IEEE PIMRC, IEEE WCNC, IEEE VTC, ITC and ACM WiNTECH) and organization committees (general chair of IEEE Online GreenComm 2013 and ACM WiNTECH 2013, Vice General Chair of EWSN 2018, and TPC co-chair of IEEEE WoWMoM 2012, European Wireless 2010 and IEEE HotMESH 2010). Prof. Albert Banchs has been a key contributor to many EU projects. He was the coordintor of two projects (FP7 ICT CARMEN and FP7 ICT iJOIN), the Technical manager of the H2020 5G-MoNArch project and is currently the Deputy Technical Manager of the H2020 5G-TOURS project. Dr. Banchs has also been the principal investigator of several industry contracts with major manufacturers, network operators and SMEs. He is the inventor of 7 granted patents and authors a number of standardization proposals at the IETF and the IEEE. Some of the algorithms that he has devised have been incorporated to commercial products. He is an IEEE Senior Member and was an IEEE Distinguished Lecturer in 2016-2017.