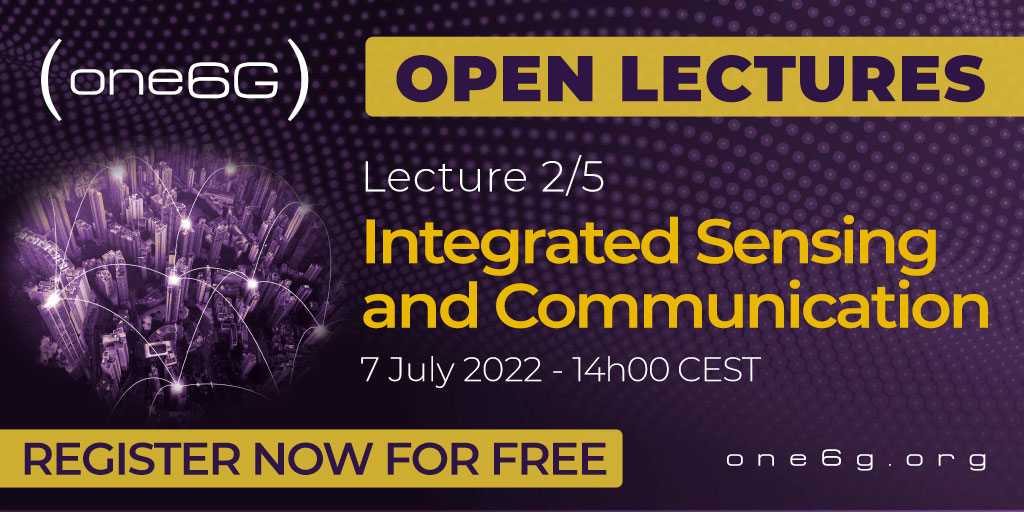 To share the progress and results of the work performed by the one6G Association with the extended one6G community, a series of open lectures has been launched. These interactive 2-hour online events are open to anyone interested in the world’s journey toward 6G.

Following the success of the first Open Lecture, the Association is happy to confirm that the second Open Lecture will take place on July 7, 2022, at 14h00 CEST, covering the subject of Integrated Sensing and Communication. The event will feature presentations delivered by four high-level speakers, followed by an interactive Q&A session. The lecture will be moderated by Monique Calisti, the CEO of Martel Innovate.

Attendance is free, but registration is mandatory. Please click the button below to fill in your registration form. 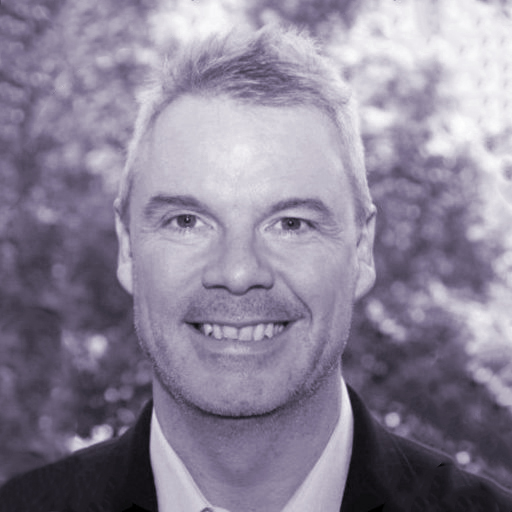 Dr. Richard A. Stirling-Gallacher is a Research Expert/Team Leader at the Munich Research Center of Huawei Technologies Duesseldorf GmbH. He and his team focus on research for integrated communications and sensing, positioning, and V2X for 6G and beyond 5G communication systems. He has pioneered numerous wireless technologies and he currently holds more than 120 granted US patents. 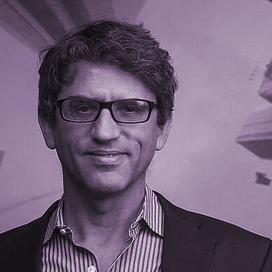 Prof.Giuseppe Caire was born in Torino in 1965. He received the B.Sc. in Electrical Engineering from Politecnico di Torino in 1990, the M.Sc. in Electrical Engineering from Princeton University in 1992, and the Ph.D. from Politecnico di Torino in 1994. He has been a post-doctoral research fellow with the European Space Agency (ESTEC, Noordwijk, The Netherlands) in 1994-1995, Assistant Professor in Telecommunications at the Politecnico di Torino, Associate Professor at the University of Parma, Italy, Professor with the Department of Mobile Communications at the Eurecom Institute, Sophia-Antipolis, France, a Professor of Electrical Engineering with the Viterbi School of Engineering, University of Southern California, Los Angeles, and he is currently an Alexander von Humboldt Professor with the Faculty of Electrical Engineering and Computer Science at the Technical University of Berlin, Germany. He received the Jack Neubauer Best System Paper Award from the IEEE Vehicular Technology Society in 2003, the IEEE Communications Society and Information Theory Society Joint Paper Award in 2004 and in 2011, the Okawa Research Award in 2006, the Alexander von Humboldt Professorship in 2014, the Vodafone Innovation Prize in 2015, an ERC Advanced Grant in 2018, the Leonard G. Abraham Prize for best IEEE JSAC paper in 2019, the IEEE Communications Society Edwin Howard Armstrong Achievement Award in 2020, and he is a recipient of the 2021 Leibniz Prize of the German National Science Foundation (DFG). Giuseppe Caire is a Fellow of IEEE since 2005. He has served in the Board of Governors of the IEEE Information Theory Society from 2004 to 2007, and as officer from 2008 to 2013. He was President of the IEEE Information Theory Society in 2011. His main research interests are in the field of communications theory, information theory, channel and source coding with particular focus on wireless communications.

14:30   Integrated Sensing and Communication – The Killer Feature of 6G? 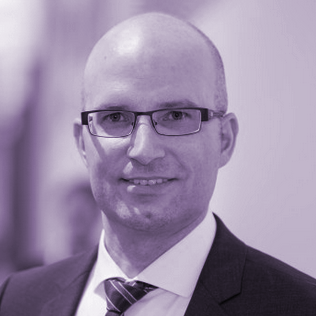 Dr. Andreas Mueller is Bosch’s Chief Expert for Communication Technologies for the IoT and leading the Bosch 6G program. In addition to that, he has been coordinating and driving the Industrial 5G activities of Bosch over the past couple of years. Andreas also serves as General Chair of the “5G Alliance for Connected Industries and Automation” (5G-ACIA), the globally leading initiative for driving and shaping Industrial 5G. He has a strong background in both telecommunications and vertical industry applications and is therefore well-positioned to drive the 5G/6G-enabled transformation in different vertical industries.

14:55   Integrated Sensing and Communication – Some System and Access Issues 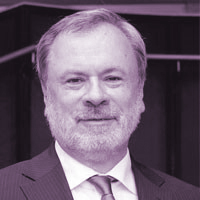 Prof. Reiner Thomä received the Dipl.-Ing. (M.S.E.E.), Dr.-Ing. (Ph.D.E.E.), and the Dr.-Ing. habil. degrees in electrical engineering and information technology from Technische Hochschule Ilmenau, Germany. Since 1992, he has been a professor of electrical engineering (electronic measurement) at TU Ilmenau. With his group, he has contributed to several European and German research projects and clusters, lately Open6GHub, Marie Curie ITN5VC, and CA20120 (INTERACT). His research interests include measurement and digital signal processing methods (correlation and spectral analysis, system identification, sensor arrays, compressive sensing, time-frequency and cyclostationary signal analysis), their application in mobile radio and radar systems (multidimensional channel sounding, propagation measurement and parameter estimation, MIMO-, mm-wave-, and ultra-wideband radar), measurement-based performance evaluation of MIMO transmission systems including over-the-air testing in virtual electromagnetic environments, passive coherent location, and UWB radar sensor systems for object detection, tracking and imaging, and integrated communications and sensing. In 2007 he was awarded IEEE Fellow Member and received the Thuringian State Research Award for Applied Research both for contributions to high-resolution multidimensional channel sounding. In 2014 he received the Vodafone Innovation Award and in 2020 the EurAAP Propagation Award “For pioneering the multi-dimensional description of the mobile radio channel by advanced signal-processing methods.” He retired in 2018. 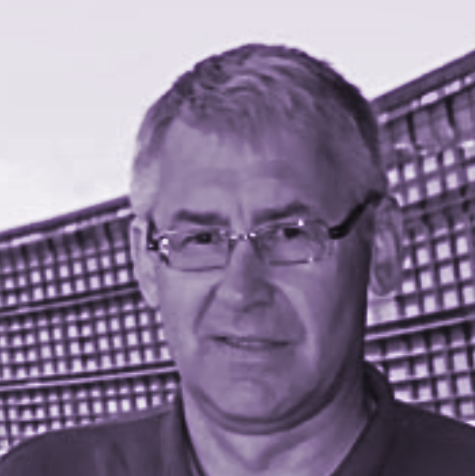 Ole Grøndalen is a Senior Research Scientist at Telenor Research. He received the M.Sc. degree in physics from the University of Oslo in 1987, and the PhD degree from the Norwegian University of Science and Technology in 2019. His research covers satellite and terrestrial broadcasting systems, broadband wireless access systems and mobile radio technologies. He has published more than 30 conference and journal papers. His current interests include self-organizing networks, interference control in heterogeneous networks, and the use of mm-wave frequencies in mobile networks.